I could’ve never imagined that growing up I’d have this little screen that works like a computer and solves a bunch of life issues on the fly. It’s my bank, my TV, my newspaper, my notebook, alarm-clock, camera, and I’m just running through the basics. I can order transportation from pretty much anywhere, I can order any kind of food, check for my city’s event agenda...

These were not primary needs, but they’ve become embedded in our lives and I’m definitely not a hater of this new lifestyle. It’s comfortable.

But I have to say, I kind of understand the smartphone haters. I understand where they come from, even though I work as a product designer. Also because I do too find myself hating my own smartphone sometimes, and it’s not when it gets slow or doesn’t do what I want. I feel like phones tend to be very needy.

It’s just that my phone has increasingly become like a little mob of people constantly calling and tapping me on the shoulder for attention. They’re too many, too loud, and they all think whatever they have to say or ask is really important and urgent. But what then happens most of the times is that none of the interventions were either important or urgent enough for the stress they caused me.

And who’s going to give back the time I spent looking at a screen just to swipe away push notifications one by one, realising none of them mattered to me?

I’m one of those people who have apps that are so extremely specific in their functions and purpose, that I’ll probably only use them sparsely - because I truly don’t need them that often. But when I do, they’re great and I’m happy to have them.

I love having occasional Tarot readings on my phone, regardless of how useless I feel it is for my life. But to many products, that occasional use is not enough. They need to show me all their rewards, innovations and discounts here and there; and they all want me to open them on a regular basis.

As we move forward and exponentially integrate smartphones into every aspect of our lives, I ask myself how long am I actually willing to spend looking at a screen. I want my apps to help me, but I don’t want to be constantly interrupted from my life to look at notifications and reminders that I didn’t ask for. That’s something our software developers and UI/UX design team always have in mind when building a digital product, aiming for the best user experience possible.

Triggers that'll get you hooked

Working as a designer, I know exactly why these constant reminders exist. They’re what Nir Eyal calls owned triggers in his book Hooked. They’re one kind of external triggers — opposite to internal triggers — which are the ones driving the user from within to act.

In this case, “owned triggers consume a piece of real estate in the user’s environment” since they “are only set after users sign up for an account, submit their email address, install an app, opt in to a newsletter, or otherwise indicate they want to continue receiving communications.”. 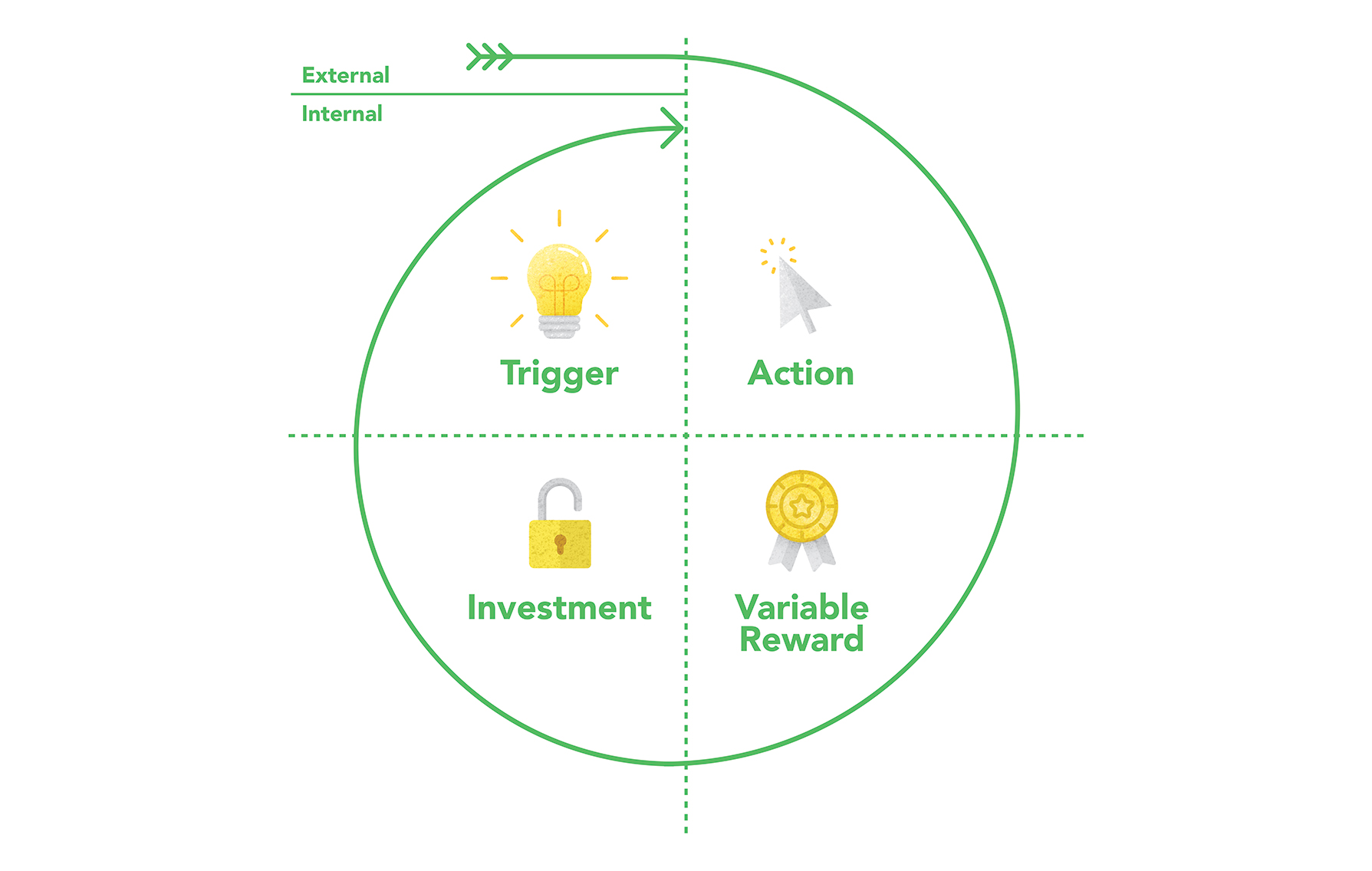 They’re here to tell you the app exists, that there’s stuff that you could / should be doing with it, and basically that you should open it and use it so much / so regularly, that it becomes a very relevant part of your life.

From the durability of a product’s point of view, these push notifications worked wonders: the users felt engaged whilst the app taught them how to take full advantage of its features and regular usage. Consequently, the users felt like these products were having a real and positive impact on their routines. They were hooked in.

Does this still work, though?

Today’s users are very well versed at integrating digital products in their lives, that’s pretty much the goal from the second they download an app. And people don’t have just 30 apps anymore - I have 65 of them, give and take. I could spend some time deciding which of these get to show me notifications but I shouldn’t have to have this task of opting out in the first place.

My only task on my phone regarding this should be to opt in. Like, “Yes, I want to receive notifications on my screen”. Not like, “No, I don’t want any of these, switch them off - You, you, you, you and you too: out."

But let’s say that actually everyone thinks it’s okay for me to have to spend the time asking to not be notified of things I didn’t ask for. How am I going to do this? I am going to go into each and every app to find out where the notification settings are, and I think by now it’s a well-known fact that apps tend to hide those very well, along with the sign out option. Let’s not even get into that. 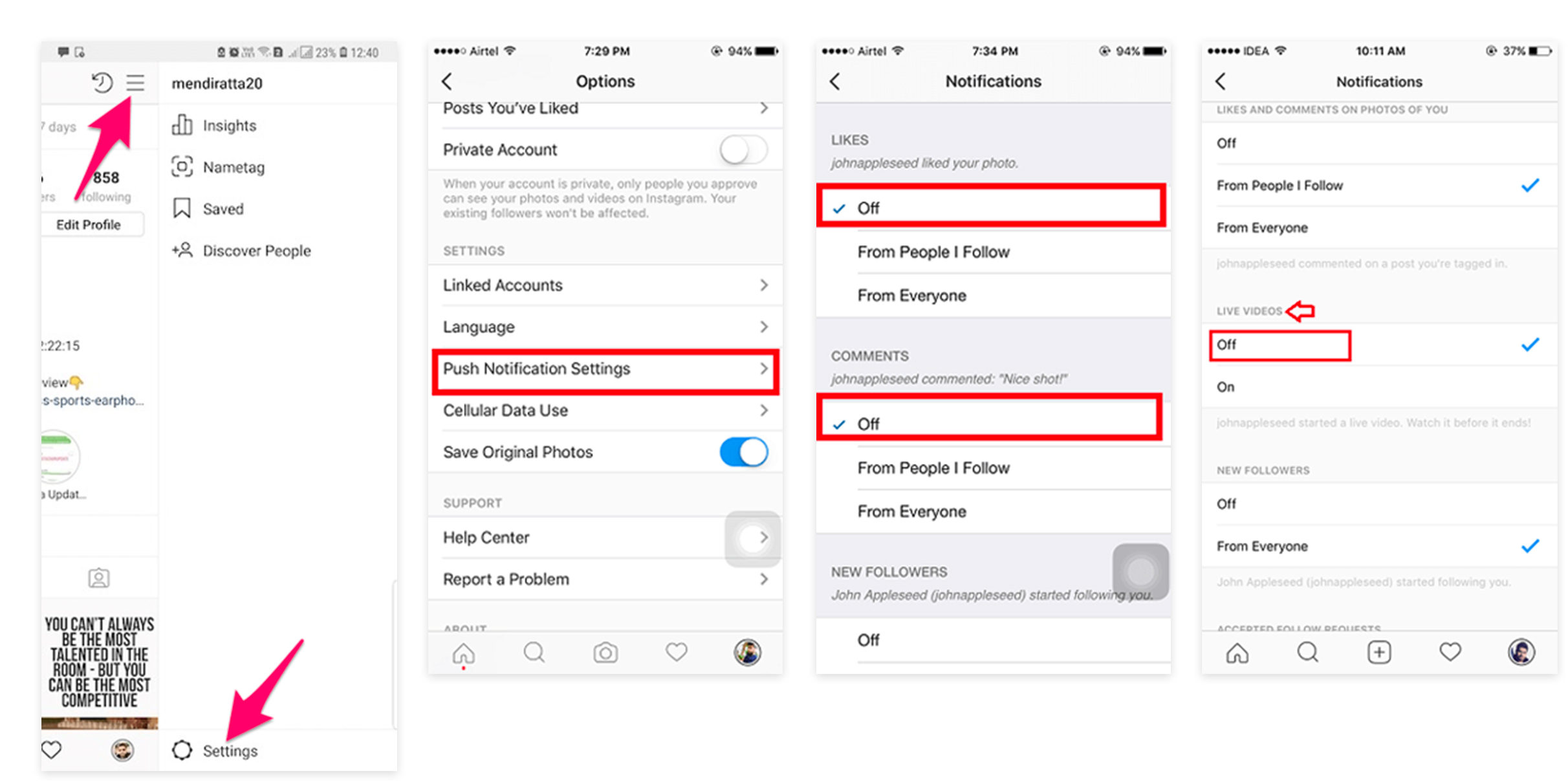 On top of all this, statistics show us that the majority of people mostly dislike or ignore ads, and Mark Ritson wrote an article about it that I thoroughly enjoyed reading. At some point he says “Accepting that people dislike advertising is not a negative thought. It’s a realistic one. And once you embrace realism – like any aspect of actual market orientation – your advertising improves.”.

To build a habit-forming product, makers need to understand which user emotions may be tied to internal triggers and know how to leverage external triggers to drive the user to action.
Nir Eyal, Hooked

If you’re a product owner that is trying to have a long run in the market, then you should think about how people will feel about your product. Sooner or later your users will be aware of its nature and if that comes attached to negative emotions, then things won’t look too good for you.

So much so that big companies are now investing in following principles and guidelines of Calm Technology. Kid you not, Calm Technology is an old term from 95, started by Xerox’s PARC researchers Mark Weiser and John Seely Brown as a reaction to the increasingly complex computing systems. Weister believed that technology should not be a source of stress, but instead help focus on the things that really mattered to the users.

It’s interesting how the principles of Calm Technology are still very much in touch with today’s reality. Principles such as “Technology should require the smallest possible amount of attention - communicate information without taking the wearer out of their environment or task.” or “Technology should respect social norms - what social norms exist that your technology might violate or cause stress on?”. Remember the mob that followed me around, tapping me on the shoulder? Super rude.

Amber Case, a famous UX designer with a background in anthropology, has been advocating for change for quite a while now. She worked with Microsoft to create the Inclusivity Toolkit, influenced by the principles of Calm Tech. Some of the considerations they take focus specifically on this issue:

“Understand urgency and medium: can you be more mindful of the relative importance, and design appropriate levels of urgency? If everything looks urgent, nothing is.”; “If a customer consistently interacts with one type of notification, and ignores another, can your system react and adapt?”; “Enable the customer to adapt: Can the customer personalize the experience, so it works better for their particular needs?”
Amber Case

Google too has now created a toolset whose core goal is to help the user find their own balance, calling it digital wellbeing. Some of these tools are about customizing notifications in a more efficient and personalized way, limiting the time spent in using certain apps, grayscaling your screen to minimize distraction, and other interesting approaches towards the issues of stress, anxiety and misuse of technology.

We shouldn't have to give our apps up

It’s very interesting to see technology move side by side with people, keeping in touch with reality, and it’s even better when this is supported by the big corps that stand behind some of the most important systems in our routine because they influence the product makers.

As long as the makers are aware of the current issues that come with the constant usage of technology, they can find new ways of staying in the lives of users without compromising their comfort. Changing the mindset will allow digital products to survive. Hooked offers some suggestions on how to think ahead:

“Think of at least three conventional ways to trigger your user with current technology (emails, notifications, text messages, etc.) Then stretch yourself to come up with at least three crazy or currently impossible ideas for ways to trigger your user (wearable computers, biometric sensors, carrier pigeons, etc.). You could find that your crazy ideas spur some new approaches that may not be so nutty after all. In a few years, new technologies will create all sorts of currently unimaginable triggering opportunities.”
Nir Eyal, Hooked

This change in mentality means I don’t have to give away the products I love because those products will be mindful of my real life issues. Maybe I’ll give that Tarot app another shot once my phone helps me better control its impact on my daily life.