Ask anyone to name the first videogame ever made and the answer will most likely be Pong. The arcade game was released in 1972 and three years later, reached the homes of anyone who was willing to spend $100 on Atari's Home Pong. As unimpressive as it may seem now, Atari managed to sell more than 35,000 units of their home console in the years that followed its launch. Even with a TV commercial that was as creepy as it gets.

In the following years, several Pong clones flooded the market. Variations of the original game such as Pong Doubles, Super Pong or Quadrapong all tried to catch on the hype train and get something out of it. Even Nintendo entered the market with their own version of the popular Atari's creation, and many more currently popular companies, such as Konami, began to invest in the arcade game market at this time.

On a side note, Pong wasn't actually the first videogame ever made. That would be Computer Space, a videogame created in 1971 by Nolan Bushnell and Ted Dabne, who would both found Atari Inc in the following year. Pong was, however, the game that turned videogames into a lucrative business.

What actually is Pong?

Pong is a simple 2D table tennis sports game, and there's no further possible description for it. That's all one could tell about its concept.

Its simplicity is fascinating, and yet so hard to grasp when compared with modern videogames. The most optimistic will tell that it was good in its time or it didn't age well, which are synonymous for I think it looks like rubbish. It takes more effort to understand why it's good than to just accept that it's bad.

But what if I told you that Pong's design is perfection in a videogame?

From the first glimpse, anyone can easily get what Pong is all about. There's no need for a tutorial or an explanation of how table tennis works. A stick on each side of the screen and a square at the center immediately make the game's objectives clear. When someone misses the square, a point is awarded to the opponent and that's about it for goals.

It's all in plain black and white, which can just be a limitation from that time, but also happens to be the best possible choice. The contrast between the field and the objects make it easier to keep track of movements, and no current technology would improve upon it. It's not what we imagine when we think about good design, but the truth is that in essence good design is not about fashion and style. It's about functionality.

A simple scroll through comments on gameplay videos makes it clear what current generations think about the game. It's commonly mocked by looking really bad, and it's often compared with modern videogames as a joke. The common misconception is that good graphics define the quality of videogames.

It'll be easier to understand the value of Pong's design when comparing it with other similar, and more recent, videogames.

For instance, take a good look at the video above, showing London 2012: The Official Video Game, published by Sega in 2012 for PC, PlayStation 3 and Xbox 360.

What does London 2012 has that Pong doesn't? Funny-looking characters, lots of orange and blue, a different camera perspective, non-intuitive controls, and less potential to be any fun. While answering to the challenge design a functional table tennis videogame, London 2012 moved past functionality and made a mess out of something that was supposed to be simple.

There is beauty in keeping it simple, and while one would guess that it isn't hard to keep tennis easy, many other videogames show us different.

Above you can watch the trailer for another sports videogame: Deca Sports Freedom (2010), an Xbox 360 game that tries to take the best of Kinect, a motion-sensing input device for the Microsoft system.

Amongst a set of other different sports, Deca Sports covers tennis. Similar to what happened with London 2012, it also fails to provide a good experience to the player. The visuals are good, but a quick look at its reviews should be enough to keep everyone away from it. It just isn't a good game.

The problem is that the focus is, once again, on the visuals and how great the game must look. If we consider all existing tennis games, Pong will probably stand out as the one with the worst visuals. They are not appealing, they look nothing like the elements they are supposed to represent and they're, literally, just white pixels on a black background. At the same time, it's also the best design out of the examples provided here.

What Pong teaches about design

Every new project is a chance to shine, but it's also a problem that needs to be addressed. It's easy to criticize when the design comes up as simple or minimalist. We've all been there. Everyone expects designers to create a masterpiece with every existing color and shape, mixed together in perfect harmony, and sometimes that's just not the correct answer. 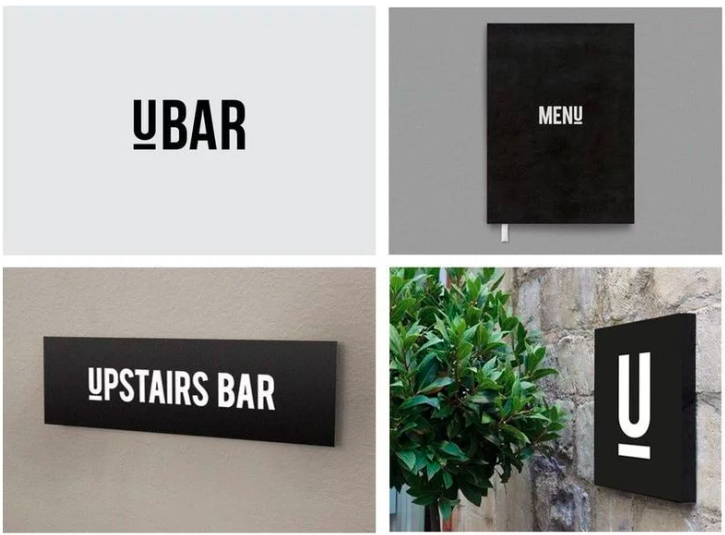 Take the Ubar logo, for instance. If we analyze each of its elements, it doesn't seem to be anything special. A single underlined letter followed by three other letters, all in black and white. It's like the Pong of brand logos and, yet, it's the perfect solution for what was an existing problem. And, contrary to what some may think, it's not easy to achieve either. Functional simplicity is way harder to design than astonishing visuals. This is why, at Imaginary Cloud, we have an expert UI/UX design team to guarantee that we deliver the best user experience in the projects we deliver.

The two best-selling videogames of all time are visually unimpressive: Tetris and Minecraft. They sold because they are good and well-designed, not because they look good. Pong, more than 40 years after it was launched, is also considered to be one of the most important videogames of all time, and not just because it was on the genesis of it all. Why? Because functionality, objectivity and simplicity matter in design, more than anything else. 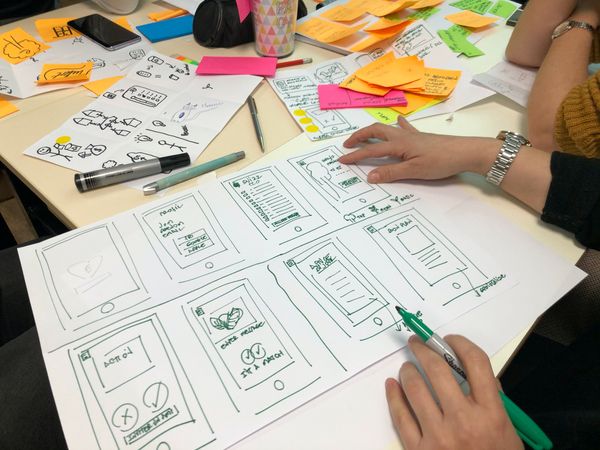