The MERN stack is one of the well-known web stacks that has acquired significance over other stacks. This is a direct result of its user interface (UI) delivery and execution, cost-efficiency, open-source nature, and ease of switching between customer and server. Its goal is to boost an application's overall performance.

MERN is an easy-to-understand full-stack JavaScript environment that enables the building of dynamic sites and applications. Let’s depict the MERN stack architecture, the four technologies that make it, and how they all work together for a seamless start to finish product.

What is MERN stack?

As we have already covered before:

How does the MERN stack work? 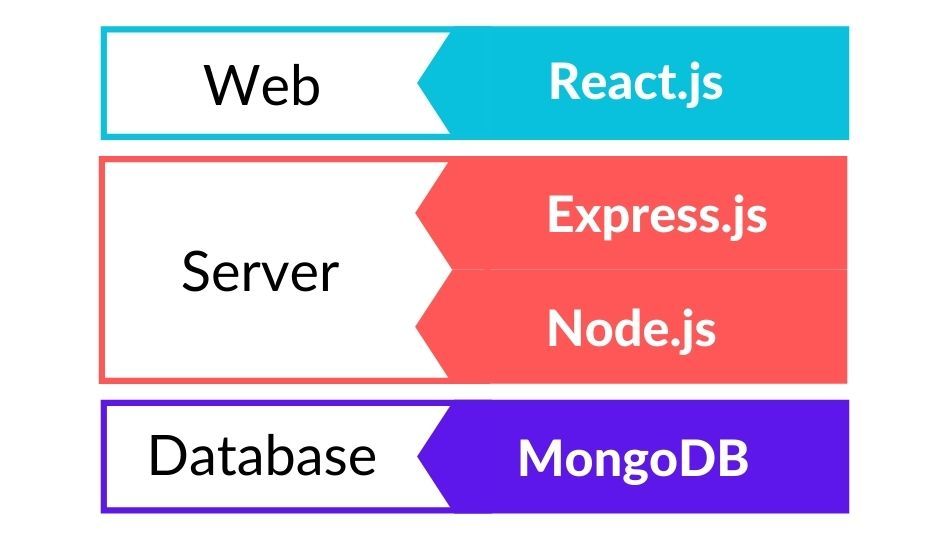 The main benefit of MERN is that the whole project can be done using just JavaScript and JSON, so a MERN developer only needs to know one programming language and the JSON document structure.

Let’s break it down by section:

MongoDB: If your application stores any type of data at all - like a social media app that stores user profiles content, comments, likes, and so on, then you are going to need a database. There are many databases to choose from, but MongoDB is the database for MERN.

Any JSON document created in our React front-end can be sent to the Express server where they can be processed and stored directly in MongoDB. It’s important to mention that MongoDB is considered to be a document database, and it was designed to store JSON data natively and technically uses a binary version of JSON called BSON. Everything from its command-line interface to its query language, MongoDB query language (MQL) is built on JSON and JavaScript.

MongoDB also works extremely well with Node.js and makes storing, manipulating and representing JSON data at every tier of your application super easy. The JSON data flows naturally from front-end to back-end, making it fast to build on and reasonably simple to debug.

Express.js: It is a minimal and flexible Node.js web application framework. Express helps us to do things such as URL routing and handling HTTP requests and responses.

What else is Node.js used for?

Node.js: As an asynchronous, event-driven JavaScript runtime, Node.js is designed to build scalable network applications. It can handle many connections concurrently, and if there is no work to be done, Node.js will take a fairly low amount of resources to run. Take for example auto-scalable applications that increase their RAM and CPUs: they need more processing power to serve a higher load of requests and lower when the volume of requests decreases.

In a nutshell, we need Node.js in order to use Express.js, being the latter the technology we need to communicate back and forth with our front-end. By making HTTP requests from our front-end, we can connect to Express functions that will use MongoDB’s Node.js drivers to access data that we have in our MongoDB database.

React.js: It is an open-source, front-end JavaScript library for building user interfaces or UI components. By open-source, we mean that it is maintained by Facebook - now Meta - and a community of developers and companies. By using React, we can build our UI based on data from our back-end and render it as HTML.

Say you’re working for a cinema and have a database of when all the movies are going to be on, their time and date. You can create an information box that can take a movie title, movie time, and date, and you can make the front-end display the information box and feed in the data to populate it for any day of the week, any movie, any time. 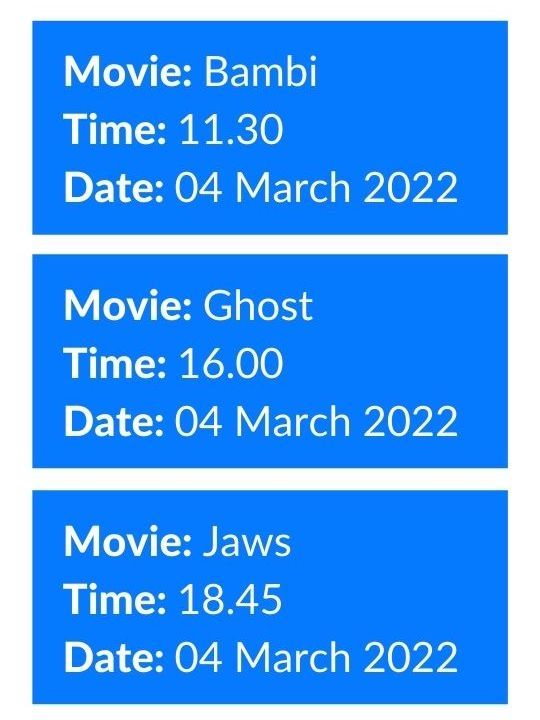 Is MERN stack front-end or back-end?

Short answer: both. The MERN stack enables both the design, user experience (UX), and animation elements of the front-end, as well as the algorithmic and analytical part of the back-end.

This ends up being a benefit for companies as a single MERN stack developer is enough to get the job done, saving on recruitment costs.

Is MERN stack in demand?

MERN stack is gaining popularity in recent years mostly because it uses the most in-demand technologies in the market. Also, there is no need to switch between the front-end and back-end environment, meaning that as a developer it’s enough to know JavaScript and JSON which will save you time, and allow you to complete a project quicker and much more efficiently. MERN stack is also more adaptable and easy to use in terms of code reusability or good performance.

While both MEAN and MERN stack are open-source, JavaScript-based technologies, we can swap the client-side library on MERN and replace it with other front-end technologies, like the Angular framework - resulting in the MEAN stack, which now is a MongoDB, Express, Angular and Node stack.

Let’s compare the two to better understand their differences.

Since the MEAN stack makes use of Angular, the language used is TypeScript; on the other hand, MERN makes use of JavaScript or JSX.

Angular has been a very popular framework according to a 2021 survey by Stack Overflow, however, it must be noted that React is taking over and is at the top for most wanted framework, according to the same survey.

Get updates about all the specifics, applications and differences between programming languages.

Angular is slightly better compared to React because Angular is a complete framework and React is just a JavaScript library. In order to make React more productive, you will have to make use of external third-party packages.

Angular provides a CLI and a command-line interface known as the Angular CLI. This enables you to easily upgrade from one version to another. When it comes to React, it is much more difficult to upgrade because of the external third-party packages.

Both MERN stack and MEAN stack make use of MongoDB, Express.js, and Node.js, therefore the learning curve mainly depends on Angular and React. As already mentioned, React is purely based on JavaScript, making it much simpler to learn being suitable for beginners, and Angular has a more steep learning curve because you’re expected to learn an additional technology which is TypeScript, and is also more complex since it is a full web framework.

Data binding is the mechanism that binds data sources from the provider and consumer together and synchronizes them. Using data binding, you will be able to manipulate elements present on the website using the browser.

While React only allows one-way data binding, Angular allows both one-way and two-way. One-way is a simple type of data binding where developers are allowed to manipulate the views through the models, which means that changes to the JavaScript code will be reflected in the corresponding HTML. On the other hand, two-way data binding allows your application to share the data in two directions - from the component to the template and vice versa. This makes sure that the models and views on your application are always synchronized.

As mentioned above, React makes use of third-party packages which allows you to select any package, however you will have to configure these packages which is an additional task. Angular, on the other side, is made up of components, thereby making it less flexible.

Top brands and organizations are using MERN stack in their technologies like UberEats, Netflix, Facebook, Airbnb to name a few. These are some of the benefits they are getting a charge out of:

Are you looking to launch a new web or mobile application project?